The magnificent Verdi Requiem, performed by the Sydney University Graduate Choir, a large guest choir and full orchestra, under the baton of music director Christopher Bowen OAM, is coming to the Sydney Town Hall on Sunday 12th November 2017.

The Choir is delighted to have assembled a very talented group of soloists for this concert and we’d like to introduce you to them!

Writing of her performance of the lead role of AMELIA in Simon Boccanegra, The Australian noted that her “voluptuous tone and fluid phrasing created a vivacious portrayal of the opera’s most appealing character.”  The Verdi Requiem is her debut with the Sydney University Graduate Choir.

Ashlyn Tymms, alto, has won numerous music awards and recently graduated as an HF Music Scholar at the Royal College of Music, attaining a Master’s of Performance with Distinction. Earlier this year, she performed as ROSIMONDA in Handel’s opera Faramondo with the Royal College of Music and the London Handel Festival conducted by Laurence Cummings and directed by William Relton. Other performances include staged scenes from Albert Herring, The Rape of Lucretia and The Turn of the Screw directed by John Copley at the Britten Theatre, Royal College of Music and the role of JUDITH in The Two Sisters, a new opera by Algirdas Kraunaitis.

Reviewing her performance in London earlier this year, The Financial Times remarked that she “provided glamour and a voice with colour and depth”.

Ashlyn has previously performed with the Choir as a soloist in the Dvorak Stabat Mater, CPE Bach’s Magnificat and Heinichen’s Missa Nr 9. She was also the winner of the 2015 Joan Carden Award, which is sponsored by the Choir.

He has toured with the St Petersburg Philharmonic Orchestra with Maestro Temirkanov, performed with the Sydney, Melbourne and Adelaide Symphony Orchestras, Moscow Chamber Orchestra, Sydney Philharmonia Choirs and given recitals with pianist Daniel de Borah at the Wigmore Hall, and at the Oxford Lieder, Port Fairy and Canberra International Music Festivals. 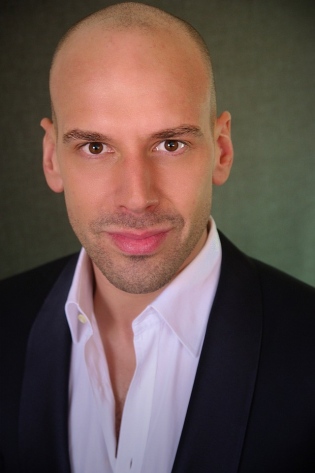 Adrian Tamburini, bass, is one of the most promising young Australian singers today, as recognized by his winning the prestigious YMF Australia Award and the Armstrong-Martin Scholarship at the 2017 Opera Awards.

Recent engagements for Opera Australia have included: ALCINDORO and BENOIT in Gale Edwards’ production of La bohème; LEPORELLO in Don Giovanni (touring throughout Australia); ZUNIGA (Carmen); ANTONIO (The Marriage of Figaro); SCIARRONE (Tosca); THE SPEAKER (The Magic Flute); PIETRO (Simon Boccanegra); THE COOK (The Love for Three Oranges); and THE MAESTRO (The Eighth Wonder). His concert repertoire includes the Mahler Symphony No.8 and Shostakovich’s Symphony No.13 (‘Babi Yar’).

He has performed with the Choir on numerous occasions, including the world premiere of Christopher Bowen’s An Australian War Requiem.

Tickets for the Sydney Sings … Verdi Requiem are now available at https://www.seymourcentre.com/events/event/verdi-messa-da-requiem/