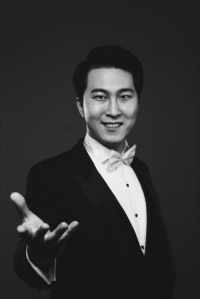 Baritone Haotian Qi began his music studies when he was 6 years old. He graduated with a bachelor degree from Nanjing university of Arts.

He is currently in the first year of a masters degree in Opera Performance at Sydney Conservatorium of Music, and is studying singing with Barry Ryan. 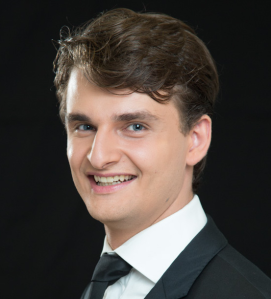 Tenor Joshua Oxley is based in Sydney, and has studied at the Sydney Conservatorium of Music where he won a full scholarship to the prestigious ESTIVO Summer School in Verona, Italy. Under this scholarship he studied singing with Lella Cuberli and Fabio Centanni. He has been tenor soloist for St. Andrew’s Cathedral (Handel’s, Messiah; Bach’s, Cantata Nos. 4, 80 and 115), and other solo concert performances include Mozart ‘s Requiem; Bach’s St John Passion; Rossini’s Petite Messe Solennelle, and Bernstein’s Mass.

Joshua has performed with the Sydney Symphony Orchestra in the role of TCHAPLITSKY in Tchaikovsky’s Pique Dame under Vladimir Ashkenazy, and as a member of the ensemble for Wagner’s Der Fliegende Holländer under David Robertson. Other appearances include: a concert performance of Berlioz’s La Damnation de Faust  with the Melbourne Symphony Orchestra under Sir Andrew Davis; ALFREDO (La Traviata) for Opera New England; the role of MOZART in Rimsky-Korsakov’s Mozart and Salieri; REMENDADO (Carmen); and FREDERIC in the Pirates of Penzance.

At the Sydney Eisteddfod, Joshua has twice been the recipient of the Ronald Dowd Memorial Prize, Finalist in the Opera and Arts Vocal Final, and Semi-finalist in the Opera Scholarship. Currently he is studying with Rowena Cowley, completing a postgraduate diploma at the Sydney Conservatorium, and is an associate artist with Pacific Opera.

Mezzo-soprano Barbara (Yuanyuan) Jin graduated from the Opera Studio at the Sydney Conservatorium of music, where she studied with Maree Ryan. She is a recipient of the Diane Wishart and Quin Quin Foundation scholarships, and is in the 2017 Young Artist Program with Pacific Opera.

In 2016, Barbara performed the role of DORABELLA in performances of Cosí fan tutte at the Sydney Conservatorium of Music conducted by Stephen Mould. Other more recent roles have included MRS MCLEAN in Susannah (Floyd) with Opera New England and the lead role of ANGELINA (La Cenerentola) with Lyric Opera Studio Weimar.

In the finals Barbara will be performing ‘Nobles Seigneurs, salut!’ from Les Huguenots by Meyerbeer and ‘Parto, parto’ from Mozart’s La Clemenza Di Tito.

For full details of the concert, during which the Sydney University Graduate Choir will perform Mozart’s Requiem, please click here.