Longtime Grads soprano and sometime Rockdale Opera Chorus Member, Dawn Plasto, has brought this upcoming event (in which she is appearing) to our attention: 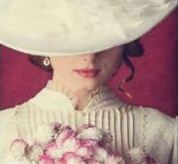 French Soprano Silvie Humphries will perform ‘Anna’. Now living in Australia, Sylvie completed an advanced diploma of Opera at the Sydney Conservatorium in 2013. Most recently she was a highly recommended finalist in the McDonald’s Operatic Aria competition.

‘Count Danilowitsch’ will be played by the very dashing Michael Johnson, who recently performed that role with Carl Rafferty productions in Canberra’s historic Albert Hall. Michael is well known around the Sydney community theatre scene and has played leading roles in many musicals including ‘Antony’ in Sweeney Todd.

The Rockdale Opera Company was established in 1949 and in that time—very much like the Sydney University Graduate Choir—it has become a stepping stone for many talented artists who have gone on to make a name for themselves in Australia and overseas.

Visit the Rockdale Opera website for details on how to book.

This entry was posted in Choir members, Outside activities and tagged Dawn Plasto. Bookmark the permalink.